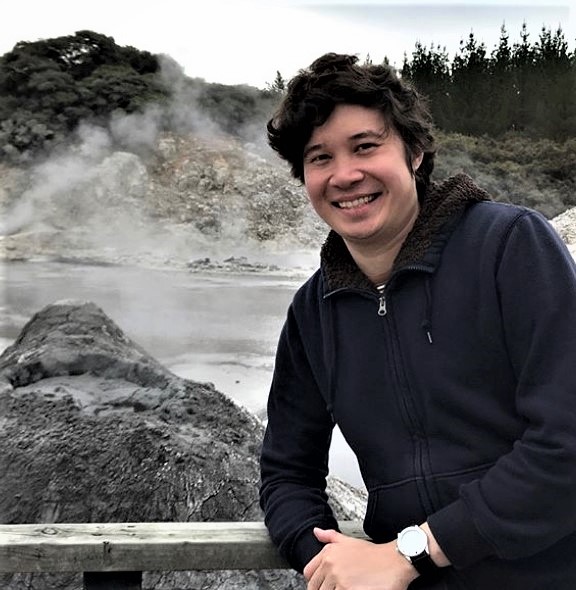 The journey to a migrant’s dream is always uncertain and filled with obstacles, despite all this, Dirk Romualdez is wanting to help other migrants reach their goals and aspirations.

In the depths of Sandringham, located next to a primary school, a homey community centre stands. Listening to the hustle and bustle of the English class in the neighbouring room, I wait on the couch. As the couple who spoke in their native language beside me begin to fill out forms, today’s main character walks in, vibrant and welcoming.

After moving to New Zealand from the Phillipines in 2016, 30-year-old Dirk Romualdez is now the Employment and Marketing Coordinator at the Migrant Action Trust. But to get to that position Romualdez faced many obstacles.

Telling me that he was an introvert at first surprised me, his bubbly personality was the complete opposite of what an introvert is, but that’s where the challenges started. Deciding to challenge this, he took up a degree in marketing and communication at the University of Asia Pacific. It was the perfect opportunity for him in his eyes to burst his bubble and socialize, all while getting his creative ideas that were pent up inside across.

Eventually he found a stable corporate job at a public relations company, but he was quick to get “sick and tired of it from just two years; two years felt like 10 years”.

He told me that it was a “rat race” and it was such “toxic culture”. In a way, we bonded over this, maybe because we were both Filipino, but I understood where he was coming from. He didn’t tell me specifically, but I knew that it was about the high expectations from the people around you that the idea of a nine to five job was perfect and stable. “I was already feeling the grind from the corporate life – It’s just something I got fed up with, it was draining,” he explained.

Looking back at it he was unimpressed with how unprofessional the scene was; in the end he and his sister decided to pack their lives up and set out to start new lives in New Zealand.

Charmed by the idea of restarting again, Romualdez began again at square one, as a student studying a post graduate diploma in International Communications. Taking his first step in New Zealand, rather than meeting the beautiful clean and green landscape that he saw on google, he was met with unrealistic expectations. A dingy flat in Mt Albert which he found on TradeMe. “I didn’t even know what TradeMe was,” he laughed.

His journey to New Zealand wouldn’t have happened without Angel Apun. Apun, who is a personal friend of mine, connected me with Romualdez. She only had good words about him when she recommended him, saying that he “is a classic example of the hard working migrant”. At the time of meeting Romualdez she was the leader of giving aid to international students coming into New Zealand. “I saw a lot of potential in Dirk when I first met him,” she praised. “He is very articulate, intelligent and also has a very down-to-earth perspective.” To my surprise Romualdez and Apun are flatmates and in a way very similar.

Looking back at it, Romualdez realised that he was very lucky to have supportive parents on his new journey to a life in New Zealand. He was financially relying on his parents for most of his time in New Zealand and after graduating the competitive job market in Auckland made it even harder for him to find a job. “Rent was hard, there were no finances, we were dependent on our parents to give us a certain amount,” he said. “There was this immense time pressure, funds are not always going to come in, we can’t just kick back and watch the money fall into our laps.”

“The pressures mount up, especially in a competitive market like in Auckland. My sister and I count ourselves as the lucky ones because we had the support of our parents, but there is also this shame where you don’t want to be dependent on your parents for too long. What, are we on vacation? No, we’re here to find ourselves and to secure ourselves for the future.”

I asked him how he overcame these pressures he felt and he lit up with glee when he told me about his sheer love for photography. He told me that another reason why he chose New Zealand was because he was drawn to the “sheer openness and greenery” of New Zealand compared to the “urban jungle” that is the Philippines. He couldn’t help but appreciate what helped him clear his mind when he was stressed. There were many times when he felt stressed, especially after graduating, when he found himself sending his CVs everywhere in search of a job. At a certain point he felt like he hit a wall, which was taking an “emotional toll” on him, not knowing whether what he was doing right or wrong.

Fortunately, his sister encouraged him to volunteer at the Migrant Action Trust, which later changed to the position he is in now, the Employment and Marketing Coordinator. He now focuses on helping other migrants build their CVs and Cover letters through workshops to ensure that they can get a job.

“The nature of the job is not unique; you do a google search and so many resources are available online. It has been quite tough, so our numbers have kind of plummeted and we can’t justify my hours anymore. I was moved from full time to part time and it has been harder and harder and we have been trying to adapt, to find ways to help where organisations can’t or to find gaps where we see them. What other services do you want us to offer which we can create?“ he asked.

Romualdez is still driven and passionate about helping other migrants as he himself “could relate to the people the Migrant Action Trust was helping”. As a migrant himself, Romualdez didn’t want people to go through the same trouble that he went through and that’s what makes the Migrant Action Trust so attractive for people like him. “It’s the migrants supporting migrants aspect, they know the struggles, they have their own stories, so they would be the best person to help coach me and overcome my problems because they know what it’s like,” he said.

“I may not have the perfect job or be able to provide anecdotes that help others learn from my experiences, but at least I’m helping them – that’s the drive for working at the Migrant Action Trust; it’s very fulfilling.”

Towards the end of the interview I asked him where he sees himself in 10 years, but rather than looking way into the future, he said. “I’m still trying to find a way to get myself in a more secure position, so that once I feel that I am in that position, then I will be 100% better at giving back to the migrant community, because there is always this philosophy that you can’t help others unless you can help yourself. You can’t fill others’ cups when yours is empty.”