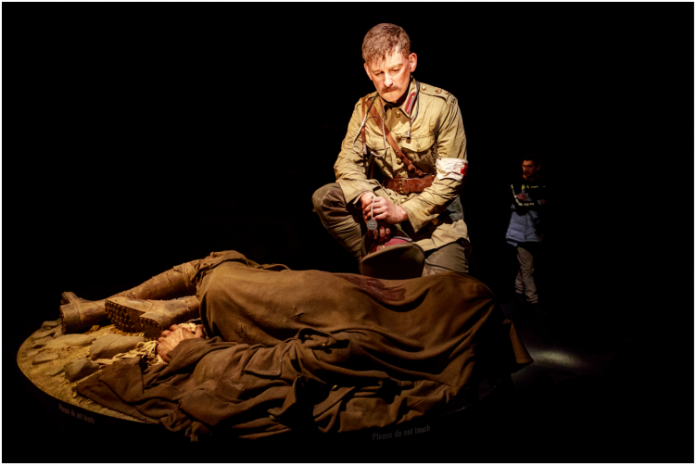 If you are new to Aotearoa you might not know about an annual event held every year on 25 April 25 and the poppies that emerge around that time. You may have seen last month the events and celebrations around ANZAC Day. This guide will explain briefly what ANZAC Day is, it’s history along with a short reflection on my observations on ANZAC Day.

What is ANZAC Day?

Around the country different services are organised by the RSA (Returned Services’ Association) with an early morning one called a Dawn Service to commemorate the time of the landings.

While the date of 25 April is a fixed one as a remembrance of the invasion of Gallipoli, the day is also used to honour and remember ANZACs who fought in other wars such as World War 2, Korea, Vietnam and more recently Afghanistan and Iraq.

On years where 25 April falls on a weekend, employees also get the following Monday off – however, while the day off might not be the same day as ANZAC Day, the commemorations for ANZAC Day always happen on 25 April.

What about the red flowers?

You might have noticed around ANZAC Day people selling and wearing red flowers. These red flowers are called “Remembrance Poppies.” It’s a callback to the battlefield in Belgium where poppies grew. Sometimes you might also see a white poppy worn alongside or instead of a red one – these are ‘peace poppies’ which commemorate the civilian casualties during the war.

Red poppies are the most commonly worn poppies with only a small minority of people choosing to wear the white one alongside the red poppy, even fewer wear the white instead of the red.

Why did the ANZACs invade Gallipoli?

The ANZACs invaded Gallipoli as part of the effort by the British Empire and their alliance called the Entente to assist their ally in Russia by forcing open the Dardanelles straits which were guarded by the Ottoman Empire.

The Gallipoli Peninsula contained many naval forts which prevented the Entente Navies from forcing the straight. The ground troops were supposed to take the naval forts out and pave the way to help the Russians.

The ANZACs were actually a small component of the Gallipoli campaign with nearly 350,000 British Empire troops and 80,000 French troops. 50,000 Australian and 15,000 New Zealand troops were deployed in total in the ANZAC corps

My perspective comes as a Kiwi-pinoy who has been here since 2003. While I don’t have any ANZAC relatives, my lolo fought against the Japanese in World War 2, as part of the global antifascist struggle that the ANZACs were a part of too.

In my mind there are parallels between the way that Kiwis celebrate ANZAC Day – a date picked to commemorate a campaign which the ANZACs ultimately lost to Bataan day – a day of defeat for Filipino and American troops in the defence of Bataan.

Rather than commemorating a glorious victory, remembering a defeat means that the reflections are more sober and contemplative rather than triumphant and celebratory. This means that we can reflect on the losses and remember the sacrifices rather than chestbeat with national pride.

This sacrifice was born not only by the men who fought in the frontlines, but their families back at home too. Too many did not return from the war and many lost fathers, brothers, family members and friends in the conflict. Those that did come back often came back with wounds – of the body and mind which would have taken it’s toll.

However, while the intention of the day is meant to be sober and commemorative, some attempt to hijack it with jingoism. The sad reality is that the Gallipoli invasion and the World War 1 it was a part of was an unnecessary Imperial War and the claims that the ANZACs were fighting for freedom, by invading another country is a misdirection.

That is not to say we should not honour the sacrifices made during the First World War, but rather we should remember that wars are brutal destructive affairs and we should question the rhetoric of people who claim that wars are fought for freedom. Lest we forget.