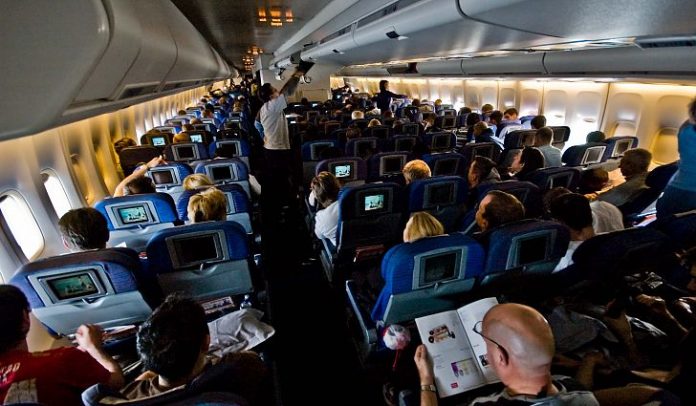 If a flight is cancelled can passengers demand hotel accommodation? If a passenger is sick and is denied permission to board the aircraft, could he or she sue the airline?

Air passengers have many rights under the law. The question is, how well does one know these rights?

First, he noted that passengers need to be protected. “Airlines might commit many mistakes, but passengers should not suffer from these,” he said.

While airlines have the responsibility to inform passengers about their rights, Samodio said that the Supreme Court (SC) says that passengers should read the airlines’ terms and conditions on their offers and services.

Let’s see what the basic rights for air passengers are and give some examples.

It is important that passengers be informed of the specific details of airline tickets. It should be clear to him or her what kind of ticket he or she purchased — is it a regular ticket or a promo ticket?

Know if the ticket is rebookable, reroutable, refundable, the ticket’s expiry or validity, seats available, the travel period and other conditions.

“Accurate information aids the passengers to make the right choice of whether they are going to buy the ticket or not,” Samodio said.

* Passengers should not be considered ‘late’ or ‘no show’ if they are within the carrier’s cordon in the check-in area at least an hour before the estimated time of departure.

Samodio said that passengers must know that the extra two hours they are often advised to be at the airport is actually essential, since there might be long queues at the check-in counter. The Bureau of Immigration may also question some of the passengers’ documents, so one really needs to allot extra time.

* A passenger who iss considered ‘late’ may be denied check-in, but he or she should be directed to a rebooking counter.

* For international flights the airlines are required to open the check-in counters at least two hours before the expected time of departure.

* There should be designated counters for persons with disabilities, senior citizens and others needing assistance. Samodio said that these counters don’t necessarily mean physical counters, because there are airports that may be too small to have additional counters. What’s important is that airlines should give priority to these individuals.

Especially for those who have booked their tickets online, they need to inform the airline staff if they need assistance or if they are PWDs.

“It’s not always obvious if someone is a PWD,” he emphasized.

Exceptions to the right to board

Yes, passengers have rights, but there are exceptions.

Among these are safety and security reasons, health concerns and non-appearance to the boarding gate.

Samodio said that a passenger who is sick but is not infectious should be allowed to board the aircraft.

In case of government requisition of space a person may be denied boarding. For example, if police authorities caught a criminal somewhere far away and they need to transport him or her immediately, then they can get the seats or space that they need. Note, however, that they should seek a permit first from the CAB before they can get a space. Also, they need to pay the passengers for the seats that they take.

Are airlines liable for every delayed or cancelled flight? Samodio said that it’s not the airline’s fault if the flight cancellation was caused by a severe weather condition. Thus they are not obliged to provide passengers with hotel accommodations.

Passengers should note these rights whenever they experience flight delays:

* For delays of at least three hours, whether or not the carrier is at fault, they are entitled to refreshments or meals, free phone calls and emails and first aid, if necessary. Airlines should also rebook their tickets (without additional charge) on the next flight available, or within 30 days.

They can also opt to refund the fare value, including taxes and surcharges. Passengers may also be endorsed to another air carrier without paying any extra airfare.

* For a tarmac delay of at least two hours (meaning your passengers are already inside the aircraft), the airlines should provide them with sufficient food and beverages. The pilot shall give updates every 30 minutes. If the delay reaches three hours, then passengers should be offloaded.

* If a flight was cancelled and it was not the airline’s fault (e.g. caused by typhoon, due to security reasons), then passengers may be refunded the value of the fare, including taxes and surcharges. They can also rebook their ticket.

* For complaints regarding lost or damaged baggage, Samodio emphasized that a passenger should first approach the air carrier to complain, as it is also the carrier that is responsible for their baggage.

“We follow the Montreal Convention. Under this, carriers are liable for proven damages up to 100,000 SDR (special drawing rights), a mix of currency values established by the IMF (International Monetary Fund),” he said.

He also highlighted that passengers must declare if they have valuables inside their luggage.

“Sometimes, to avoid paying duties, passengers don’t declare their valuables. Then they complain if their jewellery, for instance, is missing. How would the airline know if it’s true if they did not declare it?”

Meanwhile, Samodio reiterated that when we talk about the “right to compensation”, compensation does not automatically refer to monetary compensation.

He also noted that compensation comes from the airline, not from the government. (PNA)

BORACAY: “THIS TIME I’LL LOVE YOU MUCH BETTER.”: