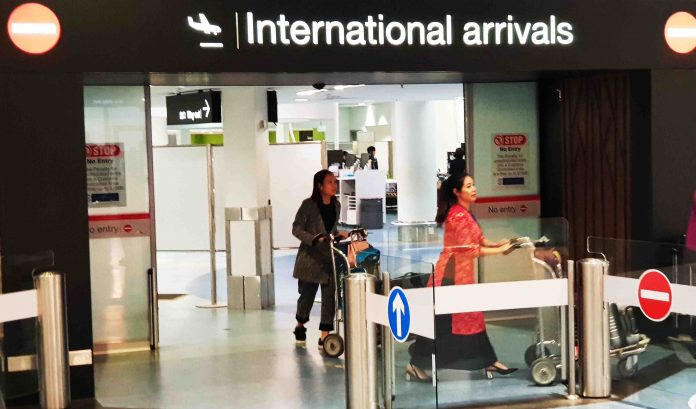 ‘Begging for money and food’ – mother of infant describes lockdown

An immigration adviser has been ordered to pay almost $10,000 after bad advice led to a family’s residence application being rejected.

Rowel Mercado told his client her work visa as a personal assistant at a cafe business meant she could also work in a restaurant the company owned, through an outsourcing arrangement.

The Immigration Advisers Complaints and Disciplinary Tribunal censured him for negligence, noting it had serious consequences for the woman, who had to return to the Philippines.

It said it was an isolated incident after 11 years as a licensed adviser.

It ordered him to pay her a $5000 refund of costs and $2500 compensation for the family’s distress in failing to achieve their residence dream, after an unsuccessful appeal to the immigration tribunal.

The tribunal found Mercado advised her she could “combine two roles at two employers to satisfy a visa condition linked to one role at one employer.”

“He had thought this could be achieved through an outsourcing arrangement,” it said. “There was a high degree of carelessness, though it was an isolated incident in what is now 11 years of practice as a licensed adviser.

“It had serious consequences for the complainant since it was the reason given by Immigration New Zealand for the decline of her residence application.”

She had to leave New Zealand a year later, after an appeal to the immigration and protection tribunal and a further work visa application were declined.

“I acknowledge that considerable anguish has been suffered by the complainant and her family,” tribunal chair David Plunkett wrote in his decision.

“The family naturally blame Mercado as the reason given by Immigration New Zealand for the decline of the residence application was her breach of the visa condition, an arrangement he had designed and advised was valid.

“While there is no evidence that she would have succeeded if Mercado had not been negligent, he bears some responsibility for the family’s emotional distress caused by their failure to achieve the dream of residence in New Zealand.”

The woman told the tribunal that their trust in Mercado ruined the family’s future in New Zealand.

She had filed a family visa application to return to New Zealand and she sought the tribunal’s help, including in clearing her name.

Plunkett said, while it could not interfere in Immigration New Zealand’s operational matters, he noted there was no bad faith or intentional breach by her of the visa condition.

“The complainant and her employer had in good faith sought advice from an immigration professional as to whether the combined position met both the visa condition and the skilled migrant criteria.

“The advice they were given by Mr Mercado was wrong, but they did not know that. The decision by Immigration New Zealand declining her residence application made no adverse character finding. There is no stain on the complainant’s character.”

How Pinoy healthcare workers can upskill and get pay increase

A Filipino-Kiwi Guide to ANZAC Day