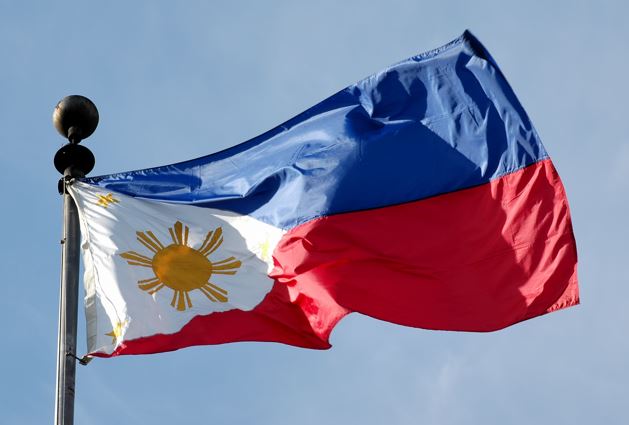 On May 9, the Philippines will elect its next president. The race is quickly boiling down to a face-off between Ferdinand “Bongbong” Jr Marcos and Maria Leonor “Leni” Robredo. Their political rematch is by far the most divisive and consequential electoral contest in the Philippines, writes political scientist Andrea Chloe Wong.

Based on the March 2022 Pulse Asia survey, the race for the next Philippine president is confined between Ferdinand “Bongbong” Marcos Jr. with 56 percent voter preference, and Maria Leonor “Leni” Robredo with 24 percent but is slowly catching up.

This year’s election is reminiscent of their vice-presidential run in 2016, except the stakes are higher – whoever becomes president determines the country’s political landscape and shapes the future of its democracy.

Marcos’ candidacy is based on his political pedigree that seeks to overturn his family’s legacy.

He is the son and namesake of the late dictator and former first lady Imelda Marcos – known for their corruption and brutality. Using his political machinery, Marcos mobilises a nationwide campaign, amplified on social media, to exaggerate his father’s achievements, while downplaying or denying economic plunder and human rights violations that happened during martial law. More than the redemption of the family name, the favourable resolution of his family’s cases is at the root of Marcos’ bid for the presidency.

To prevent this, Robredo decided to run for president. When asked about her decision, Robredo explains: “There was a threat of a return to politics filled with corruption… the kind of politics that brought suffering to all of us”. She counters this by advocating good governance backed up by her track record in public service.

A lawyer for the poor before entering politics, she has implemented various poverty-alleviation programs as vice president, despite the online attacks and political harassment she endured during her term. Robredo’s office has also been consistently awarded the highest rating from state auditors for its transparent financial reports.

With their different backgrounds, Marcos and Robredo’s candidacies reveal a striking political contrast that provides a foretaste of the kind of governance they will pursue. A member of a political dynasty, Marcos is expected to preserve an elitist politics that propagates self-entitlement, corruption and inequality in the country.

Under Marcos’ slogan of “unity,” one commentator sarcastically noted that his campaign has formed a “uniteam” of supporters that included former presidents Joseph Estrada and Gloria Macapagal-Arroyo who were involved in corruption scandals during their terms. Thus, it will be ‘business as usual’ in the Philippines under Marcos, perpetuating the power and wealth of its privileged class. Ironically though, his support base largely comes from the masses who comprise the majority of Filipino voters.

Meanwhile, Robredo is projected to push for an empowering politics that distributes power to the poor and disrupts the political status quo. “Under my leadership, the margins of society will be the new center,” declares Robredo. She vows to “shod the government in slippers,” in reference to her late husband Jesse Robredo’s “tsinelas (slippers) leadership” that advocates for a people-centered brand of governance, which earned him the Ramon Magsaysay Award for Government Service in 2000. Though pledging to serve the poor, Robredo’s campaign, however, is driven by the upper and middle classes who donate their time and money to get her elected.

Current president Rodrigo Duterte will end his term this year and his successor will be chosen on May 9.

Both candidates’ diametrically-opposed brand of politics means an uncertain future for Philippine democracy. A Marcos win will be a victory for his family’s legal battles and a loss to the country’s justice system. According to former Supreme Court associate justice Antonio Carpio, “the P328 billion worth of ill-gotten wealth and unpaid taxes from the Marcos family may no longer be recovered”. Lacking the moral ascendancy to hold corrupt officials accountable, Marcos will further weaken the country’s democratic institutions and the rule of law. Moreover, he will not hesitate to repress democracy, particularly the country’s press freedom, to suit his political agenda, as revealed in his control of media during his campaigns and his aversion to presidential debates. Aside from being a threat to democracy, Marcos’ election also signals a defeat in the battle against the historical reversal of the nation’s narrative.

In contrast, a Robredo presidency will resuscitate Philippine democracy that has suffered a heavy blow under the neo-Marcosian autocratic regime of Rodrigo Duterte. As the antithesis of Duterte, she has bravely called out his contentious policies, particularly its brutal “war on drugs”. If elected, Robredo is poised to be the driving force towards a revitalized democracy in the Philippines that aims to deliver on its promises of prosperity beyond abstract ideals of rights and freedoms fought by democracy icon Corazon Aquino and her son Benigno Aquino III during their administrations.

The Philippines is at a political crossroads as it chooses its next leader. This election exposes a deeply polarized nation set to vote for either Marcos’ bid for continuity or Robredo’s offer of change that will chart the course of Philippine politics and democracy in the next six years.