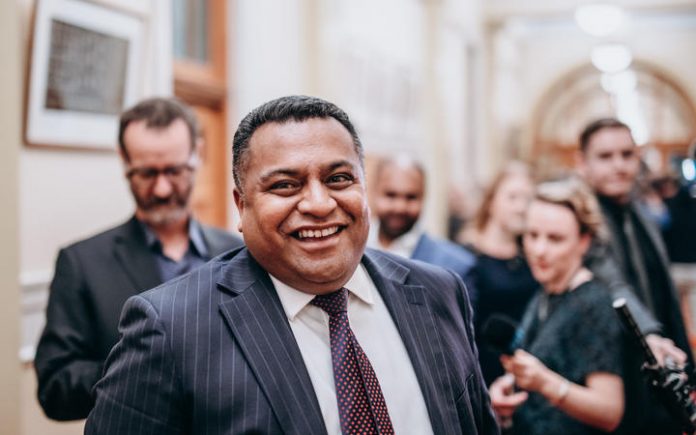 Migrant groups are looking ahead to what changes the new Labour government will make to border and visa rules.

It said it would set aside one in 10 managed isolation places for overseas workers.

Kris Faafoi, who took over as Immigration Minister from Iain Lees-Galloway before the election, retained the portfolio in yesterday’s Cabinet announcements. Phil Twyford takes over as Associate Minister of Immigration.

Having ruled out a coalition with the Green Party, and with New Zealand First not returning to Parliament, the government’s plans on immigration – as outlined in its manifesto – set out key policy changes.

“Labour will open up our settings to get more people into the country, while maintaining robust controls at the border,” it said.

“Labour will review immigration criteria to enable a broader range of workers to enter New Zealand [and] establish a new Investment Attraction Strategy to encourage targeted and high-value international investment into New Zealand.

“Labour will reduce barriers to access the parent category visa, including reconsidering the current provisions once the international flow of people across the border settles, and reducing the income thresholds.”

Immigration settings would also be updated and the government would explore implementing modern slavery legislation to eliminate exploitation in supply chains.

Government plans to better match the needs of employers in different regions with the talents and aspirations of immigrants sounded good in theory, she added.

“This is great but the proof is in the pudding,” she said. “I would like to see some community road show kōrero and consultations with ethnic migrants and former refugees on this. Talk to us about us is our mantra.”

Work on refugee family reunification and settlement needed to happen faster, she said.

“Three to five years’ wait is too long and some family members back home, especially elderly parents, may die waiting. But again and again this has been echoed to MBIE every year when they meet regionally with former refugees. I’ve attended some of these meetings. A simpler, easier process and English language needs to be used as well and less technical, legal jargon.”

“The priority would be the people who have been stuck offshore for the last eight months,” she said.

“They need to be looked after straight away. And then the partners, families, couples who need to be reunited, that’s another emergency. And then, people who have been on a pathway to residence for 5+ years, they need immediate relief in some form or another.

“We’re okay if they want to stop new people coming in, all we’re asking is the ones who are already here, they need to be well looked after. We’ve got many families who have been here 10 years easily and they have children who were born here. Their children go to school here, they don’t know anywhere else as home.”

Many had come as international students when tertiary education was being promoted as a pathway to residence, she said.

She also called for work visas to be opened up while the borders are closed, so foreign workers who are already here could fill labour gaps in dairy farms and orchards.

Immigrants were more likely to be willing to work in the regions, she added, as they often did not have the family networks that stopped many New Zealanders from moving for work.

The longest, merriest Christmas in the world.

As more Filipino-Kiwis voice concerns, will their voter turnout surge?

As more Filipino-Kiwis voice concerns, will their voter turnout surge?