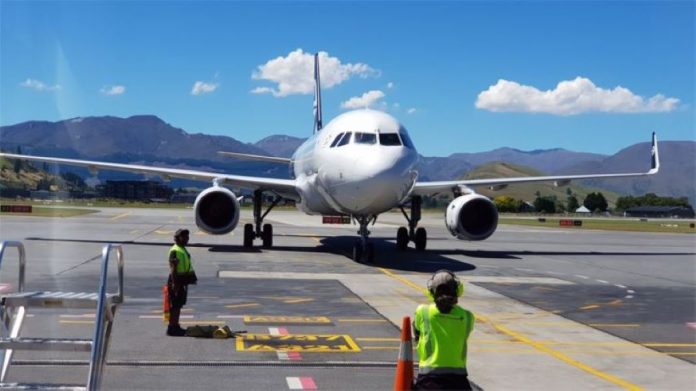 By Gillian Bonnett of RNZ

FRENZ general manager Tammy Hendricks said those emails arrived on November 3 for flights two days afterwards, and then the website showed only one remaining flight for the rest of the year.

“The cancellations just basically said ‘sorry, your flights have been cancelled’, but there was no indication as to why,” Hendricks said.

“So we went quickly back online to see what the next available was … the daily flights that we had seen before had disappeared and the next one was a week later … and then there were none for the rest of the year.

“We had the three travellers with the cancelled flights as well as another eight also wanting to come into [the] country this year. Given that any of the flights between the 5th and the 11th and then for the rest of the year had also disappeared, it was a frightening experience trying to ensure that we were able to rebook on the last remaining flight for the rest of the year and possibly beyond.”

As the sole carrier on the route, Air New Zealand had a lot of power and responsibility, Hendricks said, and its actions were “incredibly callous and irresponsible”.

The migrant workers have been in the Cook Islands since the pandemic started and were struggling to make ends meet while working on reduced hours in hospitality. Some had been in Rarotonga five or more years, and were coming to New Zealand to take farm jobs while the one-way bubble was open.

Air New Zealand said it had been flying from Rarotonga to Auckland once a week since the bubble was suspended in August.

But a screenshot that Hendricks took on October 27 while she was arranging flights showed daily services in early November and she booked tickets for November 5.

After the flights were cancelled, it took four days before weekly flights started showing again online except for one on November 11, she said.

“I kept hitting the refresh button and seeing if they would pop back up but no, not available all the way through December and I didn’t even check into 2022. We thought ‘oh my God, we’ve got all of these others that want to come over,’ not to mention Cook Islanders who might want to come to New Zealand for Christmas.”

Air New Zealand maintains it had offered only weekly flights since August, as there were not enough passengers to warrant daily flights.

Customers whose flights were cancelled were offered refunds or credit, which they could then use to rebook on weekly flights if they wanted to, a spokeswoman said.

“Air New Zealand continues to offer a weekly Rarotonga-Auckland passenger flight for eligible customers and has done since the suspension started,” she said. “Customers who booked to travel to the Cook Islands directly with Air New Zealand between now and 13 January have been offered credit or given refunds where applicable.”

This story was originally published on RNZ.co.nz and is republished with permission.

In praise of the bayanihan spirit