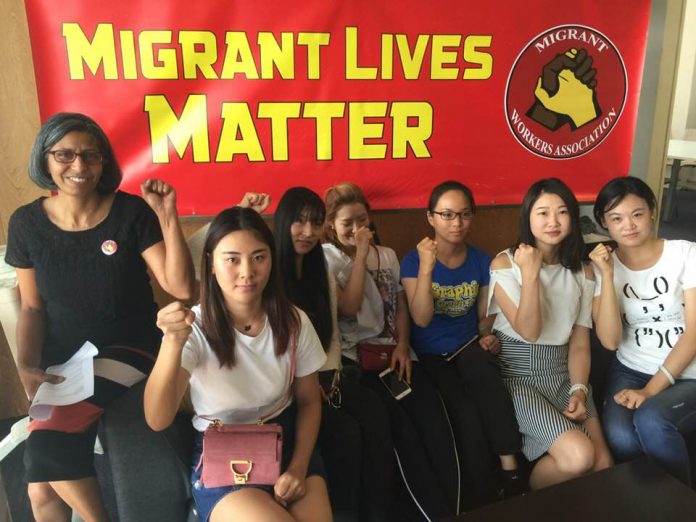 To be eligible for the one-off visas, the applicant must already be in New Zealand and on a valid visa.

Immigration Minister Kris Faafoi is expected to announce further details including other eligibility criteria tomorrow which could include time in the country, skills and language requirements.

It is also not yet known whether it would cover people on post-study work visas or working holiday visas.

The immigration minister has been under pressure to stall an exodus of highly skilled staff from New Zealand.

Figures early this month showed 26,000 people including nearly 3000 nurses and doctors were still waiting to apply for residence under the skilled migrant category. Expressions of interest have been stalled under the category since autumn last year.

The National Party has been calling for existing migrants to be able to settle in New Zealand after a certain number of years in the country under a “Covid contribution” pathway.

National immigration spokesperson Erica Stanford this week said the government had backed itself into a corner and would have to back out of its “immigration reset”.

She noted the deleted page, and celebrated what she said was the government implementing the party’s plan.

Also on social media, MP Ricardo Menendez-March said the Green Party had been the first to propose such pathways to residency.

He said the one-off residencies would reflect actions taken after a petition presented by two unions calling for visa holders and overstayers to be supported and offered amnesty during the pandemic.

He said changes to the immigration system should be broad, must end discrimination towards disabled people, and end priority for high-salaried workers at the expense of others.
New Zealand ‘a miserable place if you’re a migrant’

Stanford said the expedited visas was brilliant news but could and should have been done more than a year ago.

“We’ve had this backlog now since 2018 and these poor people have been sitting in queues with no certainty about their future for along time and they deserve this. I’m pleased that the minister has finally picked up National’s plan.”

She said National had been calling for the one-off visa since early August, because of the global shortage of workers.

“We are losing skilled people to places like Canada and Australia who offer certainty with residency, the ability to bring your family and travel. And right now in New Zealand, it’s a pretty miserable place if you’re a migrant. They deserve that certainty because we need them here to support our economic recovery.”

“While this is a welcome announcement today that we have been calling for, it has come probably six to 12 months too late to save those people who’ve left.”

“What you cannot do is say to these people ‘here’s a pathway to residence, but it’s going to take five or six years’. You’ve got to give them certainty and speed.”

Questioned by National in Parliament this afternoon, Faafoi said someone in Immigration New Zealand had “got a little trigger happy” and they would have to wait for the decision to be announced.

“When the government is ready to announce that, we will, and as I said yesterday it will be comprehensive and give certainty to both employers and migrants.”

He said critical health workers were “by some distance” the largest group of workers the government had been able to bring across the border since the border closed in March last year, about 14,000.

National MP Nicola Willis sought to table the screenshot of the now-deleted document, but that was objected to.

Immigration consultants have also been signalling a likely increase in the number of points migrants will need for skilled migrant category (SMC) visas.

Published with special permission from RNZ

What the budget means for Filipino-Kiwis

Unions press for an amnesty and pathways to residency