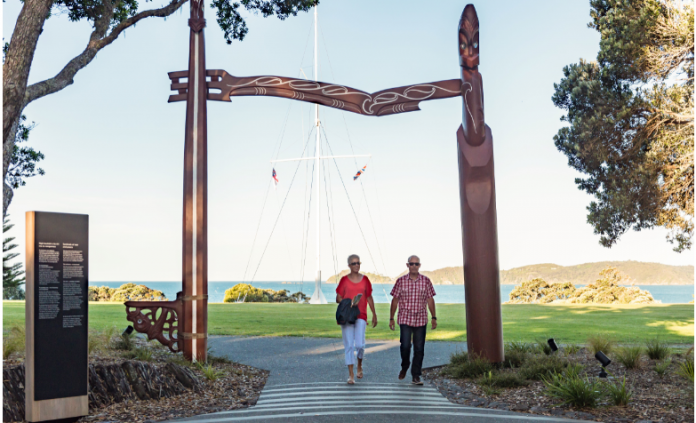 Every 6th of February, we get a day off from work or school to celebrate “Waitangi Day”. For most of us, this public holiday means a chance to go on long drives with our family to visit another town or city, enjoying the beach or finding time to enjoy things we don’t usually have time for.

However, for others this day means more than just a public holiday. Rather, it is an occasion with a lot of emotions attached – pride, jubilation, despair, etcetera. We see evidence of this in the news broadcasts of the celebrations: there are scenes of merry-makers in a positive mood, but there are also angry people who conduct protest actions.

The strong emotions expressed on Waitangi Day is a testament to its significance in our lives as New Zealanders, it shows that the day is more than just a public holiday.

While New Zealand may not have an “independence day” celebration the same way that Filipinos commemorate June 12 as our day of liberation, they have Waitangi Day to remember being a “Kiwi” was all about and to celebrate the foundation of this great country.

On the 6th of February 1840, two groups of people – the indigenous Māori and the “Pakeha” or the settlers from the United Kingdom – came together to forge a treaty that, in general, meant that they will agree to co-exist with one another in the same land.

The Treaty of Waitangi, as it is called, had two versions – one in English and another in te reo Māori – and both had variations in its translations and intentions. While the British believed that the agreement allowed them to colonize New Zealand under the British Empire (the interpretation most of us believe today), the Māori chiefs who affixed their signatures on the document were under the impression that they were only allowing their European visitors safe passage and protection during their stay in Aotearoa New Zealand.

This conflict in translation also reflected in disputes in history, which lasts until today. While Waitangi Day, for the most part, celebrates the coming together of two identities and forming one “New Zealand”, it also represents the continuous struggle of Māori to reclaim their lost possessions – most notably, their ancestral lands.

However, the Treaty also symbolizes the joining of different cultures – people who came from different backgrounds but came to an agreement with each other to live in harmony. This is a perfect representation of what New Zealand is, a country that is welcoming and hospitable to different cultures, and who accepts newcomers as one of their own.

Waitangi Day celebrates this gift of diversity, therefore it is not just a sentimental day for NZ-born “Kiwis” or the Māori people – but even for us migrants. This day reminds us that as long as we love and respect this country and abide by its laws, we are just as New Zealander as anyone else.

So yes, enjoy your public holiday. Get some rest, catch-up on your hobbies or bond with your family as much as you can – but always keep in the back of your head that Waitangi Day is more than just a day off from work, it is a day to reflect on what New Zealand as a nation stands for and what sacrifices were made to get us to where we are today as a nation.

Filipino-Kiwi Hero Awards ‘Journalist of the Year’. Look out for 2021 awards on 12 June 2021 www.filipinoheroes.nz

In praise of the bayanihan spirit